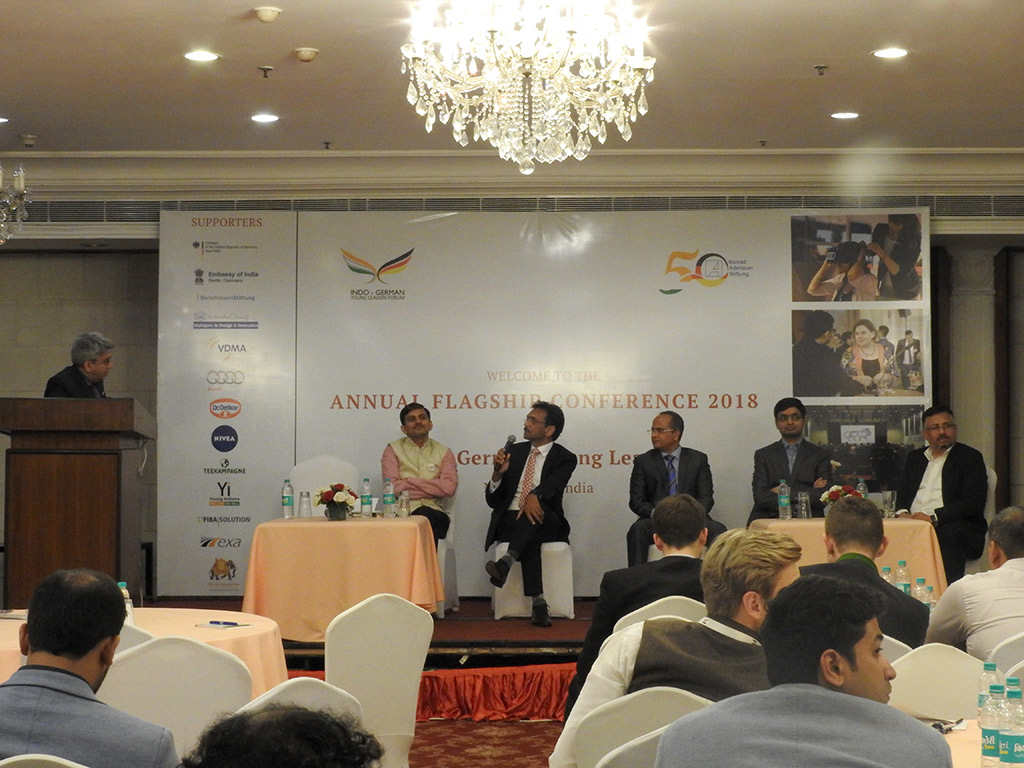 Lukas Hofmann showcased EXA’s distinct Indo-German heritage to the audience and revealed how EXA is able to create and foster a unique, best-of-both world’s culture in its operations. Thereafter, Divya Vir Rastogi gave an insightful presentation on EXA’s Advanced Analytics solutions and provided a detailed case study, highlighting the development and implementation of an EXA maintenance and service analytics solution that enabled significant maintenance cost reductions for an EXA customer. Divya Vir’s presentation garnered high interest by the participants, resulting in numerous questions from the audience.

Later in the afternoon, Divya Vir took to the stage once again, sitting down for a panel discussion on the future of Industrie 4.0 in both India and Germany along with senior executives from Siemens, Bridgestone, Hella and Harting. The panel, moderated by Mr. Rajesh Nath, the Indian representative of the German Machinery and Plant Manufacturers Association (VDMA), shed light on the adoption and growth rates of Industrie 4.0 technology and its positive outlook for India. Divya Vir also highlighted this in his closing remark, stating: “The right conditions do exist in India and I am sure that until 2022, growth in India will be strongly supported by Industrie 4.0.” About the Indo-German Young Leaders Forum

The Indo-German Young Leaders Forum is a platform for bilateral exchange of the young and rising generation of India and Germany. The Forum’s goal is to further promote this important geopolitical relationship by

The Indo-German Young Leaders Forum got officially endorsed by Chancellor Merkel and Prime Minister Modi during the joint closing statement of the 4th Indo-German Intergovernmental Consultations in May 2017. It is further supported by a number of renowned personalities from both countries and counts several distinguished ministers, well-known business representatives, and prizewinning researchers from India and Germany in its Board of Trustees. Further, the initiative is officially supported by the Indian Embassy in Berlin and the German Embassy in New Delhi.